Sometimes good young people do the wrong thing. Things that will ruin their future. If given a second chance, most of these young men and ladies will change their behavior and become honorable and productive members of society. Often a good criminal defense attorney can help find alternatives that serve justice, while ensuring a young person’s future is not lost. This is the case with a 19-year-old male I represented.

He was traveling on I-95, at a high rate of speed through Stamford Connecticut. Connecticut State Troopers stopped the vehicle and detained the male. We will refer to him as John Doe. Mr. Doe was detained until a canine officer arrived with his search dog. The police dog gave a positive reaction at the trunk of the vehicle.

When I first met with the young man, he explained that he been living in New Jersey with his parents. He is diagnosed as being bipolar and ADHD. His family life was quite dysfunctional. He admitted to using marijuana for his personal use on a regular basis.

His parents’ home had recently been burglarized and his father blamed John, believing it had been one of his friends. He and his father argued, as they often did, but this time he was asked to leave the home. He was traveling to live with his girlfriend, who recently moved to Connecticut, having nowhere else to go.

I gathered as much information about Mr. Doe as I could, including his medical history, letters and references from teachers and others. I felt in my heart that John was worth saving. The prosecutors didn’t care and would not drop the intent to sell charge.

John Doe was facing a future with a criminal record including serious felony charges and the probability of spending a good amount of time in jail. In an effort to help Mr. Doe avoid jail and more importantly save his future, I had him apply for program referred to as “suspension of prosecution and order of treatment”.

Based on the personal background and medical history I gathered, and an evaluation with a State expert, the state Department of Health determined that he was a drug dependent individual and would benefit from treatment.

I presented the court with Mr. Doe’s personal background, his medical history, reference letters and I examined the State’s expert evaluator for the record. I was able to establish that the diagnosis was well-founded and in compliance with Connecticut law.

The judge granted the program for the usual two-year term. John Doe received significant treatment during the two-year period which benefited him not only with regard to his substance abuse issues but with other personal medical and emotional conditions as well. At the end of the two years, having successfully completed the program, the Judge dismissed the charges against Mr. Doe.

Every case is unique and you need your situation relayed to the courts appropriately.  Don’t settle for a public defender that may not understand the particulars of your case.

Serving Danbury, Connecticut and all of Fairfield and New Haven Counties. 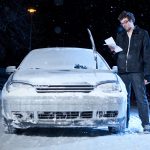 Winter Driving & You … Near And FarCriminal Defense 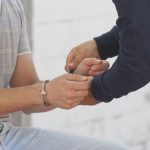