The background of the case:

One Saturday afternoon in July John was at a picnic hosted by one of his loyal clients. He brought his friend and associate, James. John and James enjoyed the day, ate well and had a couple of beers.

As dusk turned to dark, at least 2 hours after their last beer, John and James set out for home. John was driving on a long, narrow, two lane highway in a very rural setting. He noticed that a car had been following him close for some time. Then the lights and siren lite up the night and all vehicles pulled over.

The officer who approached the car asked John, who was driving, if he had been drinking. John told the officer he had a couple of beers earlier that afternoon. A second patrol car came to the seen. Then the officer had John step out of his car and perform field sobriety tests (walk a straight line heal to toe, turn on one foot and walk back, stand on one foot for 30 seconds while counting out loud and the horizontal gaze test.)

Mind you, they are located on a narrow, rough and rocky rural road, with no shoulder and cars driving by. It was dark out and the flashing police lights combined with headlights of oncoming cars was blinding. The officer assessed that John failed all three tests, handcuffed and placed him in the back of his patrol car. John insists that he passed the tests.

John agreed to submit to the breathalyzer chemical test and the results indicated a BAC (Blood Alcohol Content) of 0.04. That is only one half the legal limit. Despite the low BAC, the police booked John and completed the arrest.

John came to us to represent him in court.

At court the prosecutor offered to have John apply for the AEP (Alcohol Education Program). We believed that John was innocent and insisted on a trial instead.

At trial I asked the first two police officers to testify to the results of the breathalyzer test. They were evasive, made excuses and basically refused to answer. They claimed that neither administered the test nor prepared the report. When we finally were able to call the officer that did administer the test, he also refused to testify to the results. The prosecutor would repeatedly object, claiming that the State was not basing its case on the results. I would not let up and asked again and again and in as many ways as I could to get the results and report admitted as evidence. The Judge finally had enough and ordered the officer to testify sufficiently to allow the report to be admitted as evidence.

After closing arguments and a not to lengthy recess, the Judge found John Not Guilty. In doing so she admonished the officers for being evasive and making it like “pulling teeth” to get them to answer a simple factual question. Belief in my client’s innocence made it easy to persist as long and diversely as it would take to get the truth out and on the record.

John was innocent, but many who are stopped for DUI aren’t. I cannot overstate the importance to not drink and drive. At best it will disrupt your life in ways you can’t imagine. At worse it will ruin your life, your family’s life and the lives of others forever.  If you find yourself arrested for DUI, call us and we will work to minimize the damage. 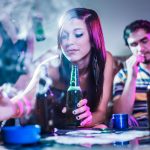 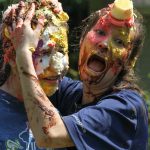