Mom and Dad are finally getting away for that long deserved weekend alone. They gave their 17, almost 18 year old son permission to have a couple of friends over. Sonny takes advantage of his parent’s generosity and does invite two friends. Teenagers being teenagers, friend Number 1 tells a couple of his friends, who tell their friends and word gets around.

Someone brought beer and more. Someone starts smoking. Sonny is trying to keep things safe, but it gets out of control. Hours later the police arrive and the houseful of teenagers start to run in every direction. Some get away, some are caught and a few just give up.

Sonny is arrested for, among other things, possession of alcohol by a minor, delivering alcohol to minors and reckless endangerment. He sits in jail, because he couldn’t reach his parents. When his parents finally learn of the arrest, they are met with more bad news. One minor who left the home after drinking was in an accident that caused the death of one teenager and serious physical injuries to two others.

An 18 year old teenager also faces a long jail term for statutory rape, because the mother of a 15 year old girl presses charges. The 15 year old admits the relationship was consensual and that she told the boy that she was 18, but that doesn’t matter.

I have represented many teens and they just never had a clue as to the consequences of their actions and how fast things can get out of control. Most have never been warned by their parents or teachers. Please let your children know they will face severe consequences and help them develop a strategy to get away from trouble. 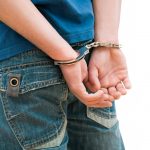 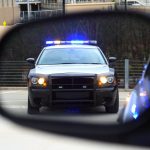