How Family Cases are progressing during the Pandemic

Since last writing, in May, 2020, there has been much progression with family law cases.  Up until then, the courts were still only hearing emergency matters and had just begun to accept some agreements without court appearances by the parties.  Starting in June, the courts began holding status conferences and pretrials with judges remotely.  The status conferences were an attempt to triage cases for future court attention.  The pretrials were an attempt to settle and dispose of cases.  The first remote hearings began at the end of July.  It was a bit like the “Wild West” as attorneys and the courts navigated the ever-changing rules concerning remote hearing procedure.  Over six months time, and a lot of “clarification,” later and things are still murky.  I’ve determined that the best approach is to just go with what I think is the correct procedure given the guidance provided and ask for assistance when needed.  It may not be surprising to hear that often the clerks and judges don’t have all the answers either.  Together we’ve been able to sort through the uncertainties with the joint goal of moving the cases forward in a fair and consistent manner.  Communication, empathy and humbleness are key.  I’m pleased to report that I’ve gone through many, many remote hearings successfully.  It’s not ideal, but it can be done.

In an attempt to address the growing backlog of cases filed, the courts have instituted many different remote proceedings.  Some were tried for a short period of time and discontinued.  Some remain.  It has been interesting (and sometimes frustrating) to be a part of this process.   Even the court’s handling of emergency “Priority 1” cases has evolved.  These are the only cases, still, that take place in person at the courthouse.  My first such hearing in early April did not even require that I wear a mask(!).  I think I showed up in a scarf only because it was very cold.  Everyone was told to wait outside.  They took my cell phone number and told me to wait for a call.  My “meeting” with Family Relations was replaced by a phone call where they took down my information and then called the other party to discuss the case with them.  Then called me back…. Not too successful in reaching an agreement as you might imagine.  When we were allowed to go in, it was as if we all had the plague.  The spacing was comical but understandable.  The witnesses were not allowed to “take the stand” and instead were told to testify from counsel’s table (it was OK if the client was next to me, just not the court personnel…..).   Remember when people were afraid to touch paper?  I couldn’t get the clerk to take my Appearance Form.  Finally a marshal with gloves grabbed it and placed it on her desk which did not make her happy.  It’s probably still there.  Well, we made it through the hearing, regardless.

My next hearing was in another court a few weeks later.  By then I had to wear a mask and they were letting attorneys come into the court to sign in but not sit down as all the benches were either removed or blocked from use.  My client had to wait in the car.  Family Relations was still by phone.  When time for our hearing, my client and I were actually put in a courtroom with a monitor while the other party and attorney went into another courtroom with the judge, marshal, clerk (basically everyone else).  We were forced to stand on top of one another in order to both utilize the monitor (so much for social distancing).  As if this was not bad enough, the video camera feeding the monitor was only pointing at the judge.  This was fine when I was talking or listening to the judge but appalling when I was trying to examine the witness and listen to opposing counsel.  I don’t know for sure, but I think this very unfair set-up was quickly aborted.  I have yet to talk with another attorney who experienced such a situation.

Since then, I’ve attended several more emergency hearings and things are getting more and more “normal.”  Family Relations meetings for Priority 1 cases returned to an in-person, albeit socially distanced, affair.  I and my client have been able to enter the courthouse and move pretty freely about the building.  Everyone is in the same courtroom and addresses the Court in the same manner.

Some districts are moving slower than others, for sure, leaving many wondering if their cases will ever be heard.  I am hopeful that these courts will gain traction in the near future.  It is important to keep inquiring about these stagnant cases.

It is my fervent hope that we will return to in-person justice soon.  While I am in favor of retaining some of the remote processes, no amount of technology can replace the immeasurable benefits of live examination, testimony and argument for hearings and trials. 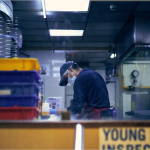 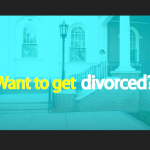