This is a common question I get, especially when a husband and wife are in agreement about their divorce, custody of their children and division of their property. Why should they both pay for a divorce attorney when they are not fighting over anything?

The answer is, “No.” The reason is because it is a conflict of interest and against attorney ethical rules of practice to represent two people with competing interests. Even if the parties are in agreement, they still have competing interests; whatever one gets, the other doesn’t. Even if the parties are in agreement, a good attorney will review such agreement and go over all the implications of the agreement. In doing so, a good divorce attorney will point out what agreement terms may be better or worse than what the law normally provides for. This information will be different for each party. Again, what’s good or bad for one is usually not good or bad for the other. Then there is the fact that almost no agreements reached by nonattorneys include all the provisions that should be covered. A good attorney reviews the missing terms with the client and advises them on their options. Again, different information for each party. Last, the agreement has to be written and the way an agreement is written is important. The law is very specific and how an agreement – which will become an order of the court – is written will often determine how a judge will later interpret the agreement in the event of a future dispute.

The role of the divorce attorney

To summarize, your divorce attorney is supposed to advocate for your best interests. This advocacy would be compromised if the same attorney was also advocating for your spouse’s best interests. A practical and attractive alternative is for one party to hire an attorney and the other to represent themselves. The unrepresented party should be advised that the attorney does not represent them and that they should consult with their own attorney either during the proceedings or at least to review the final agreement through a Limited Scope Representation. It is up to the unrepresented party to do so and it is not a requirement. 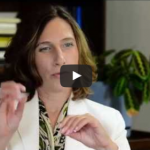 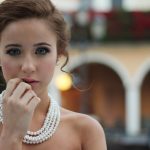 CAN I GET AN ANNULMENT?Divorce