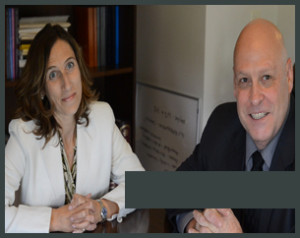 Facebook, Twitter and other social media are a large part of the lives of many people. Uploading pictures and keeping in touch with a network of friends has proven addictive, and many people spend several hours a day on social networking sites.

When in the middle of a divorce case, however, Facebook, Twitter and blogs can prove to be a source of ammunition for attorneys and can easily come back to haunt the poster.

One father found that out firsthand, and to his detriment. A picture of the man smiling amid a pile of cash resulted in evidence the Milwaukee County District Attorney’s office used in charging him for a failure to pay child support – he hadn’t done so in three years.

The use of Facebook is not limited to criminal cases. Evidence obtained on Facebook can be used to establish the amount of spousal support, child support and can even be used to determine child custody in a divorce case. It is hard to argue against paying alimony when the person who alleges no assets has a recent picture of a new car up on Facebook. No one’s argument to obtain child custody is enhanced when drug and alcohol use emerge on social media.

Even Tweets and blog posts can be detrimental. Divorce can be emotional and stressful, and it can be tempting to vent frustrations in a public media. But lawyers may have access to such information, and publicly posting derogatory comments about a spouse or the divorce process can reflect negatively upon a person in court.

Social media use in divorce

Many divorce lawyers will advise their clients to avoid social media altogether during the divorce process. Because social media plays a large role in so many people’s lives and businesses, however, that may not be practical. If avoiding social media altogether is not an option or not desirable, a good rule of thumb is that if the post, picture or Tweet would reflect badly upon a person if said or put in front of a judge, it shouldn’t be posted online.

Many important aspects of a divorce case involve the income, assets and character of the people involved. What is in the best interests of the child regarding custody matters? What is the income of each party involved? What is the most equitable way to divide assets? Evidence of income and character can prove vital in a divorce case, and evidence obtained through social media is the newest way attorneys are establishing the facts of these matters.

People who are or soon will be involved in a divorce case should consult with an experienced family law attorney to discuss their options and potential steps moving forward.