In 2017 the Connecticut Board of Pardons and Paroles received 1190 eligible applications and granted a total of 681 pardons: 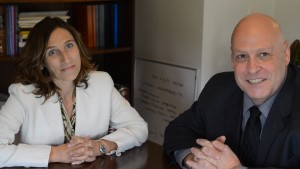 At Bellenot & Boufford, LLC, in Newtown, we can help you. With more than 50 years of combined experience, we have a thorough understanding of the law and procedures involved. We will help you find the solutions you need efficiently while providing you with personalized, individual legal care.

When you talk with an attorney from our firm, we will help you understand your rights and options, so you will be able to make informed decisions about your case and find the peace of mind you need going forward. If you decide to pursue a legal claim, we will fight to obtain for you the best compensation you deserve.

While one is not eligible for a pardon until 3 years after the last misdemeanor conviction or 5 years after the last felony conviction, it is never to early to start preparing. Being proactive during the 3-5-year period can make all the difference in convincing the Board to grant a pardon. What you do and how you do it makes a difference. Making positive contributions to the community by volunteering can help. Furthering your education and maintaining employment are among the many important factors that the Board considers. Consulting with an attorney to put a plan in action is invaluable.

The Pardons process is comprehensive. The application must be complete and accurate.  While no attorney can guarantee success the attorneys at Bellenot & Boufford LLC can help you begin the process and give you the best chance of convincing the board to grant you a pardon.