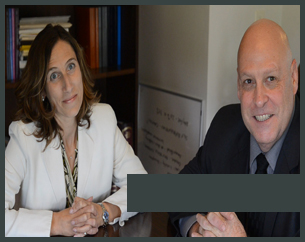 Domestic Violence is getting more and more news coverage these days. It’s on the TV, in the papers and discussed on talk radio. Our office has represented people on both sides of Domestic Violence charges. In either case, it is important to have adequate representation.

If someone believes that they are a victim of domestic violence, they may obtain assistance from the civil court, via a restraining order, or the criminal court, via a protective order. The domestic violence laws are intended to protect victims from physical violence. But the laws are not perfect and they cannot always keep a victim safe, as evidenced most recently by the death of Shengyl Rasim who was murdered in West Haven by her husband just hours after he bonded himself out following his arrest. Connecticut has implemented a pilot program to try and better protect those in danger.

There are serious consequences for people who violate both restraining orders and protective orders. Despite this fact, some people ignore them and continue to harass and/or intimidate their accusers. A few commit violence against them which is when we hear about them in the news. Perhaps because of the recent increase in violent outcomes of these breaches, and in order to find a way to achieve a higher level of protection, the State of Connecticut will try something new. A new state program using GPS monitors to track the movement of high-risk offenders. The accused will be ordered to wear a device which will be programmed and monitored to send a signal to the victim and police when the accused gets too close. The theory is that this will allow the victim to escape to safety. It remains to be seen whether this program will save lives and what it will cost. Some will argue that if even one life is saved, the program is “worth it” in terms of cost. Others will argue that this is an expensive feel-good measure only; that those few individuals intent on killing someone (and often themselves thereafter) will not be deterred by this device and may even make them act more quickly knowing their window of opportunity is smaller.

More Information On Domestic Violence and Our Legal System

There needs to be some relationship between the parties or they must have lived together to apply for a restraining order.

The application has the victim confirm that:

I have been subjected to a continuous threat of present physical pain or physical injury…as stated more fully in my attached Affidavit.

A criminal protective may be ordered when an arrest is made and there is a relationship or prior relationship between the alleged victim and the person arrested. The parties do not have to reside together.

Protective orders are issued with more frequency and fewer requirements than restraining orders.

A mere verbal dispute can lead to an arrest for breach or peace or disorderly conduct even if all parties and the police agree that physical violence was neither present nor expected. If the person arrested has or had a relationship of some kind with the alleged victim, then it is treated as a domestic violence case. A protective order will be issued.