The United States Constitution and Federal Law set public policy and allow qualified persons the benefits of debt relief through bankruptcy every eight years. The Bible allows for a release of debts every seven years.

You have a moral obligation to support yourself and your family in a reasonable manner. That should trump any obligation to your creditors. There is no moral high ground to suffering for decades. Yes, if you have the ability to repay your debts in a reasonable time, you should do so. But if you and your family are struggling, living with stress and it will take 20, 30 or 40 years to pay off a credit card, remember, you have the legal right and obligation to your loved ones to provide a better quality of life.

“At the end of every seven years you shall grant a release of debts. And this is the form of the release: Every creditor who has lent anything to his neighbor shall release it; he shall not require it of his neighbor or his brother, because it is called the LORD’s release” (Deuteronomy 15:1-2).

The United States Constitution Article 1, Section 8, Clause 4 States: “The Congress shall have power… To establish … uniform Laws on the subject of Bankruptcies throughout the United States;”.

Congress does provide you the right to file bankruptcy pursuant to Title 11 of the United States Code. You have the moral, constitutional and legal right, if you qualify, to file for bankruptcy protection and provide a better life for your family.

Talk to a Bankruptcy Lawyer

And … Do You Know Who Filed For Bankruptcy?

Did you know that these individuals all filed for bankruptcy?

The Attorneys and staff at Bellenot & Boufford, LLC are happy to answer your questions and concerns. We can show you how to improve the quality of your family’s life.

Bankruptcy Lawyers for Danbury, Connecticut and all of Fairfield and New Haven Counties. 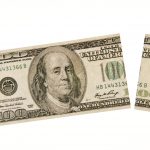 What Is Wage Garnishment And How To Stop ItBankruptcy 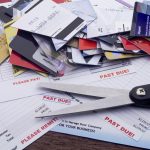 Bankruptcy Discharge – What Debts are Relieved And What Are NotBankruptcy